I walked into SchwuZ, one of my favorite Berlin nightclubs, a little buzzed and ready for a wild night. It was Friday, typically one of their most popular nights. But tonight was to be a bit different: the venue, often a place for queer events and alternative parties & concerts, was host to Berlin’s first ever, large-scale queer music festival. Having been to Amsterdam’s largest queer festival, the Milkshake Festival, only the weekend before, I was excited to see what Berlin could pull together.

The idea of a new queer music festival in Berlin captivated me ever since I first heard about it in another alternative gay experience (also organized by the amazing Pansy): Naked Boys Reading. Tempted by the line-up and the amazing graphic design of the posters and stickers that suddenly popped up all over Berlin, I booked my tickets in advance and blocked off the dates on my travel schedule. This was a Berlin event I wasn’t going to miss. Even though most friends were scared off by the high ticket prices (almost 70€ for a weekend pass), I felt it was an event important enough to support. 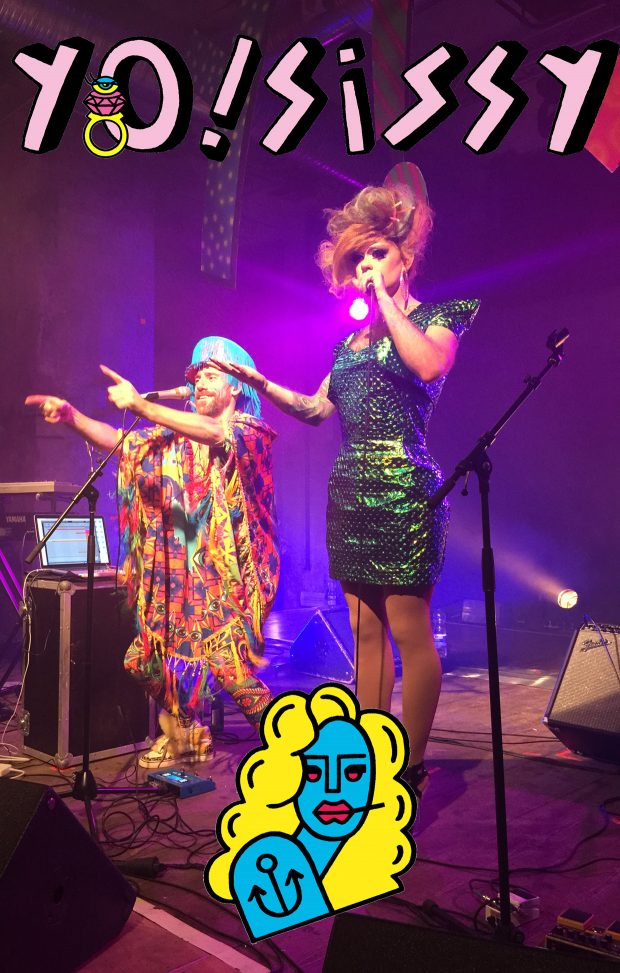 In fact, I was counting the days to the festival—something I hardly ever do. I was excited. But that first night, at SchwuZ, I noticed something odd. Showing up at the club after the bands and DJs had already been on set for a short while, I was expecting a pretty lively crowd. But two of the three dance floors were mostly empty and the headlining act of the night was just about to go on stage. Maybe it was the price, the lack of advertising or simply the fact that it was summertime in Berlin—when Spätis and lakes and canals keep people outside, rather than in. I was there, drinking my beer, listening to a pretty awesome set by The Hidden Cameras, and even if the other rooms weren’t crowded, the band managed to draw a decent crowd. Plus it helped that they were rocking the stage with the vocal support of the Pet Shop Bears, a chorus made of…well…you know: bears!

It was a fun night—energetic crowds, funny stories from JD Samson as she struggled to get her set going. But I left the night feeling like something was missing (namely: more people).

The second day, the venue was the trendy Neue Heimat. I’ll confess: I arrived really late in the day and didn’t stay for the late-night sets because, that same day, the Zug der Liebe (a revival of the kind-of controversial Love Parade) was happening on the streets of Berlin. Sometimes (oftentimes), there are just too many options for things to do in Berlin—especially as a young gay guy. It’s a funny problem to have—and probably unique to Berlin. But so it goes.

The last night of the festival was in SO36, right in the heart of Kreuzberg and the soul of Berlin’s gay punk scene. For a Sunday night, the place was fantastically crowded: colorful decorations hanging from the ceiling, people spilling out onto the street. I entered sometime just before midnight, catching a fierce act from The Familyyy Fierce—a drag group from the UK. Co-organizers of the Yo!Sissy Festival, Pansy and Scout, shared some moments on stage talking about the crazy weekend to an overwhelmingly supportive crowd. The room was crowded and when Christeene, a punk act described as “a human pissor of raw unabashed sexuality” from Austin, Texas), took the stage—things got crazier than I’d seen all weekend. Within moments, there was already plenty of ass on display and a sweaty butt plug flung into the audience. Christeene, spitting drinks over the audience at front and screaming at people to turn off their phones was weird, raw and wonderful. I couldn’t pull my eyes away.

The night ended with a fiery performance from the one and only Peaches in a special short set. Right on the heels of her newest album release, Peaches gave one of those performances you expect at a queer event. There was an intensity to it, and ending with her hit “Fuck the Pain Away” while sharing the stage with Pansy and The Familyyy Fierce—well, let’s just say the atmosphere was totally…alive. And it felt absolutely amazing to be a part of it, to be there and witness the raw energy of a queer scene that’s still finding its place. I really enjoyed so much about the festival: the music, the design, the political messages and the acts.

Even while the festival was clearly borne out of passion and love and a movement to do something for the queer community of Berlin, the festival clearly needed more support. I couldn’t help but compare Yo!Sissy and its message to that of the Milkshake Festival I’d attended the weekend before in Amsterdam. At Milkshake, there was an incredibly diverse crowd of almost 19,000 people. How could a city so commercialized out-do Berlin at being queer?! What’s the problem, Berlin? I refuse to believe that Berlin’s days are counted (don’t even try to tell me that “Berlin is over”).

The clear high point of the festival was the incredible diversity, with lots of trans and lesbians and bears and all the sizes and flavors of the LGBT community. The music was diverse too, from DJ sets to pop. Berlin needs this festival. It was a huge step for Berlin’s queer community and I clap to the organizers (clap, clap, clap). I am hopeful that the second edition of the Yo!Sissy will be amazing, sort of like a second date.

See you on the dance floor. I’m already starting to stock up on glitter. 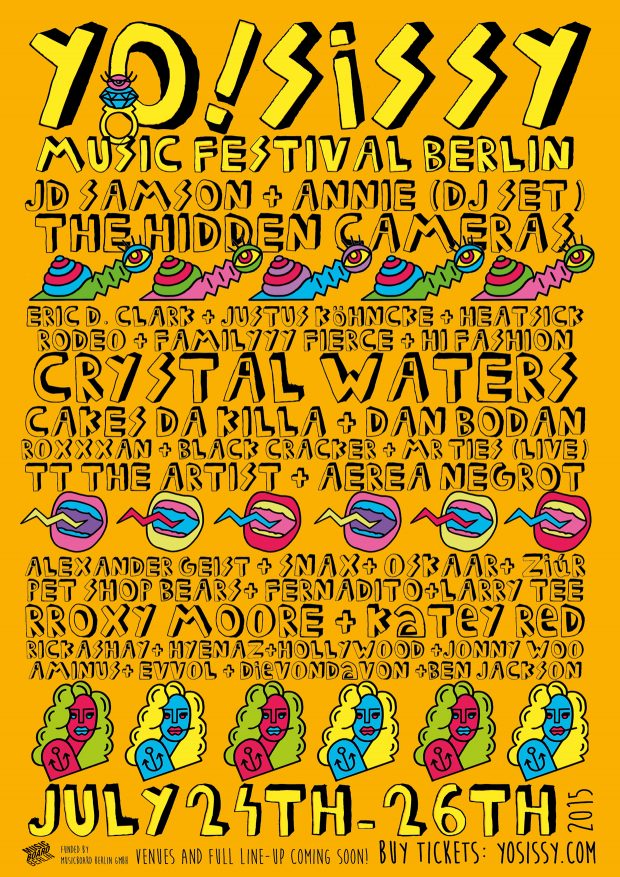