Home » Gay Travel » Solo Gay Travel as a Backpacker – What You Need to Know!

Backpacking is one of those once-in-a-lifetime experiences that opens you up to the world and allows you to experience new things no matter who or where you are. It can be challenging for every type of traveler, but as an LGBT traveler, there are a handful of unique challenges. I don’t share this as a way to scare off gay travelers from backpacking because it’s truly a rewarding experience, but as a helpful guide for how to best enjoy (gay) backpacking in a safe and fun way. 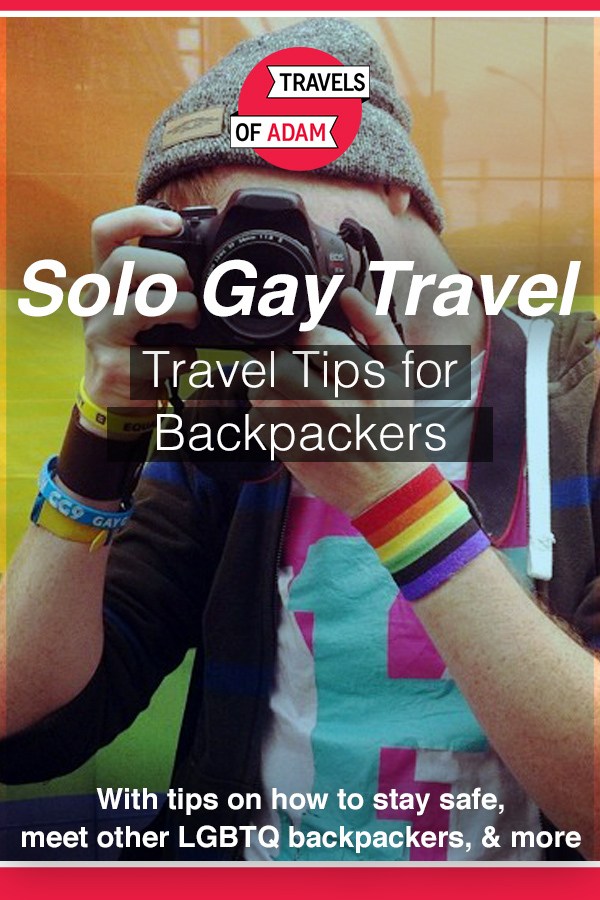 Note: this is an adapted version of a story previously published on my LGBTQ travel column for NomadicMatt.com. Check out that gay travel series here.

Choosing Where to Travel 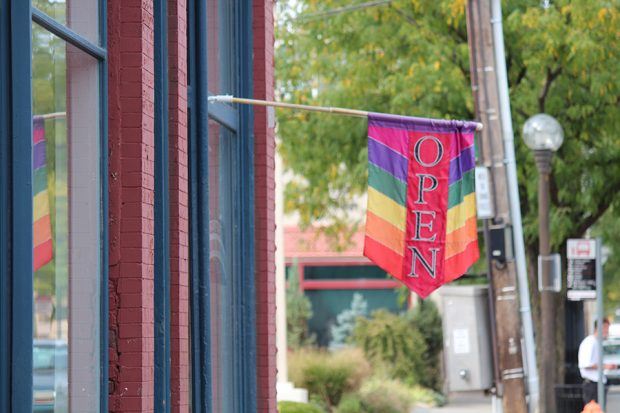 First off, there’s the fact of where to travel.

While some gay travelers stick to the stereotypically gay hotspots and the safest choices, just about anywhere can be a ‘gay travel destination.’ (Of course, not everywhere can be a gay-friendly destination.) If you only travel to the most conspicuous gay destinations, parties and sex might be easy to come by, but where’s the fun of staying inside the gay bubble?

There are hotspot gay cities on every continent—from Mexico City to Madrid, Berlin to Bangkok, Sydney to São Paolo—but millions of other cities with millions more LGBT individuals. Sure, you might find the most gay-friendly cities easier and more attractive for gay travelers looking for gay nightlife, LGBT culture, parties and festivals but there’s just so much more. Backpacking opens up that world and is a great way to introduce yourself to new people and new cultures. Yet, you’ll still find yourself facing many of the challenges below. 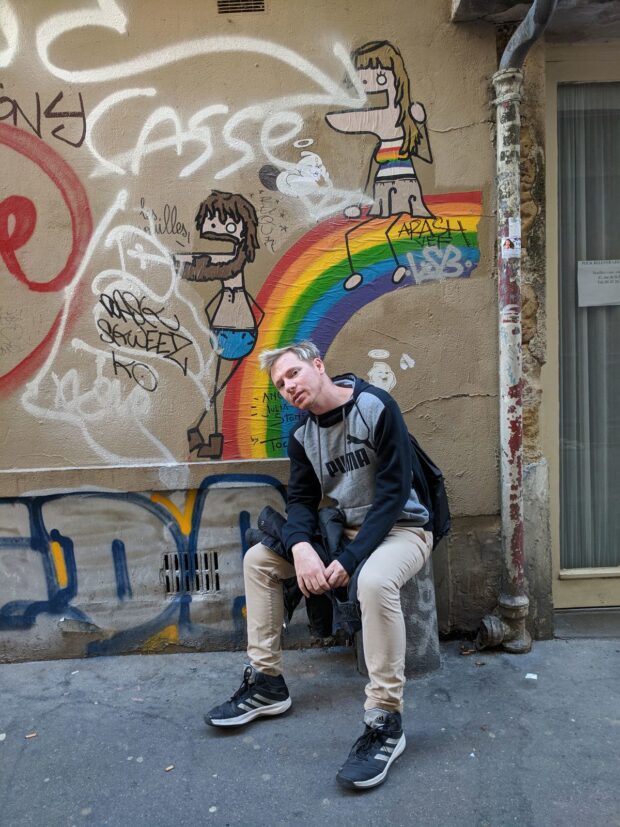 As a minority group, gay people always struggle to feel included. Dealing with loneliness is just an extra challenge when you’re in a foreign environment. Traveling in Thailand, I found myself staying in Bangkok’s backpacker ghetto (shoutout to Khaosan Road!) where, despite the hordes of backpackers, I never did find another gay backpacker to explore the city with. Sure, I found other backpackers interested in the ladyboy bars and strange strip clubs, but I was after a more local experience.

Instead, I found myself venturing out to Bangkok’s gay nightlife in Silom alone. Under ordinary experiences I usually would never go to a club alone—let alone a gay club! And yet, here I was in Bangkok and that urge to find something familiar brought me out of my security shell.

Since the Orlando nightclub shooting last year, there’s been renewed interest in the gay bar as a safe space, as a place for fostering and creating LGBTQ communities. And in so many gay bars around the world, if you walk in as a foreigner, you’ll often find yourself immediately comforted by being around others like you. 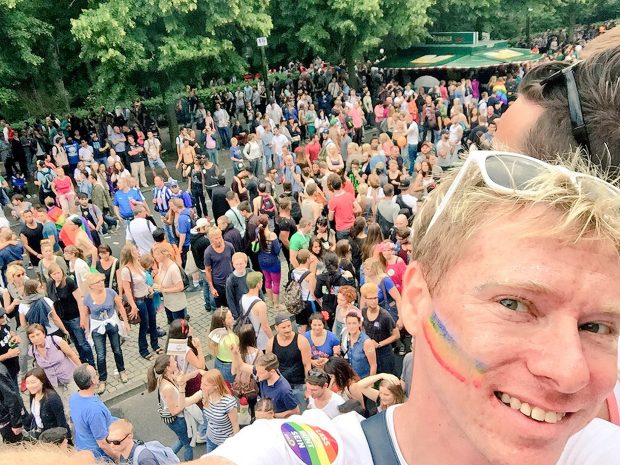 While some accommodations target exclusively for gay travelers, such as some gay-men-only hostels and gay hotels in Europe, most hostels are still very much a part of the heterosexual world. So to meet other LGBTQ backpackers, I use websites like Meetup, Facebook and Couchsurfing which all feature LGBTQ specific groups for each destination.

And there are all the apps, too! Grindr is still my preferred choice, and even while some fools put up display messages stating “no tourists,” there’s usually at least someone willing to meet a foreign stranger. Oftentimes I’ll find a gay local who’s more than happy to show off their home to a traveler like myself. Whether it’s for a coffee in Berlin, a night out of dancing in Dallas, or an impromptu walking tour in Manchester.

It’s perhaps the biggest not-so-secret gay travel tip: the ubiquitous gay dating apps provide so much more than the carnal experiences stereotypically prescribed to gay men. On a solo weekend trip to Prague’s annual gay pride, I found myself alone and flipping through my apps, making conversation with another tourist who was also traveling solo. We spent the weekend at Pride together, helping each other take our selfies and just generally making ourselves feel better at being surrounded by beautiful Czech boys.

In the past few years, many of the top gay apps have launched more social networking features to make them more PG and make it easier to meet for “more social” encounters. Scruff has a feature called “Venture” including the ability to connect with other tourists, search events and find local ambassadors. And, controversially, some heterosexual people seem to be using gay dating apps to simply make “gay best friends.” Ugh. 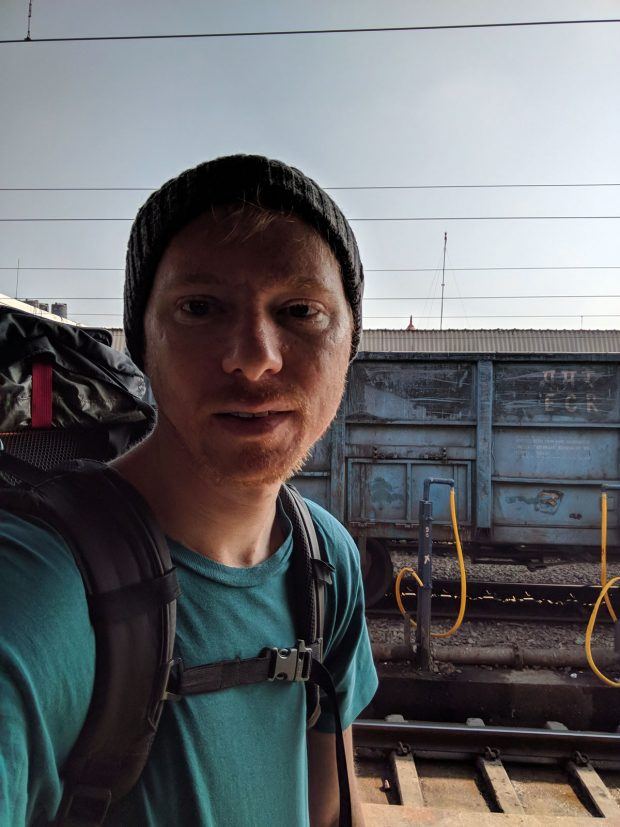 No matter where you are in the world—from Dubai to Dublin—there are always going to be other LGBTQ individuals around. Unfortunately, not every place is safe nor friendly and while some gay travelers may choose to boycott particular destinations, not all of us do. If you happen to travel to one of these places, be sure to know the local legislation and the current state of LGBTQ rights.

In the past decade, many western governments have started to include LGBTQ safety information as part of their general travel advice which makes this pre-trip research that much easier. No matter where you’re from, it can be useful to check the UK’s Foreign & Commonwealth Office LGBT travel advisories, the USA State Department’s LGBTI travel information, and Equaldex’s crowdsourced LGBT rights database before traveling.

Asking friends who’ve previously traveled to your destination for LGBT safety tips before visiting is also helpful, while both internet forums and news outlets can provide useful information on the current state of LGBT issues. Many travel guidebooks include at least some minimal information about any existing local LGBTQ organizations or clinics.

I remember my first visit to Amman, Jordan where I wanted to explore the city’s gay culture, but I was too afraid to meet anyone from the gay apps—even if it was just for a coffee. Trusting your instincts when backpacking is an important skill. We’ve all been there – starting conversations with a local guy on an app and then flaking out before meeting in person. A habit of our generation, really, but that’s okay. You do you.

Coming Out Again and Again 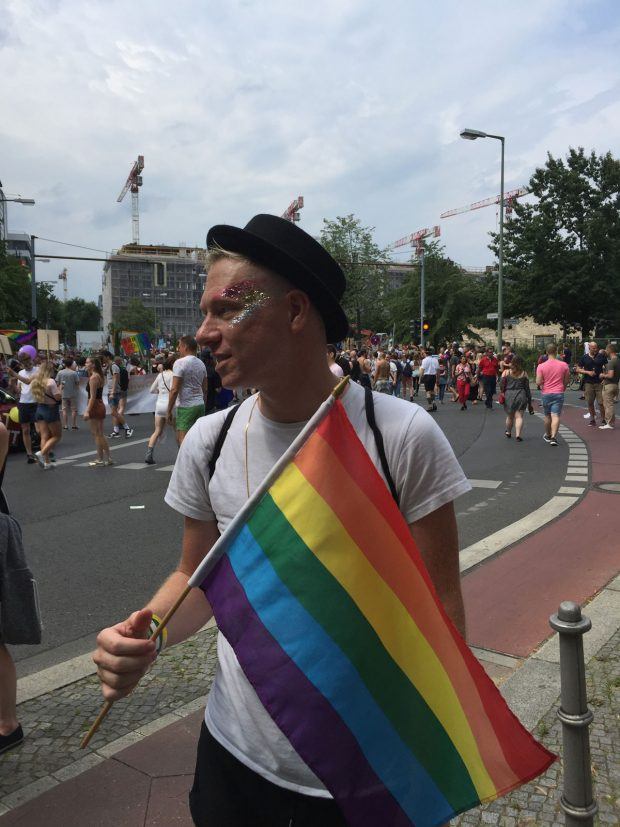 Anyone who’s been backpacking for an extended trip probably recognizes the familiar 5-minute friendships. You connect with someone quickly and intensely—sharing your life story, your secrets from home, and travel tips from wherever you’ve just come from: Where are you from? Where are you going?

These fast friendships are fun and one of the most amazing experiences as a backpacker, but as a gay traveler, there’s an added challenge: most people assume the others around them are heterosexual – it’s just a habit of the world. (Admittedly, it’s a habit that’s breaking down in recent years.) And while coming out to family and friends back home is a truly rewarding experience as an LGBT individual, doing so again and again on the road quickly loses its appeal. Sometimes you end up sharing more than you care to, answering and dodging questions from inquisitive strangers.

Traveling in Jerusalem one year, I met a group of backpackers at my hostel and ended up on a night of rampage through Jerusalem’s surprisingly hip nightlife. We were hanging out at Bar Sira, sitting at an outdoor table, when the topic of relationships finally came up. After listening to the guys talking about their conquests of Israeli women, I had to come out: well, I’m gay. And let me tell you – the guys are as hot as the women.

Their curiosity was sweet, but also slightly annoying. I found myself suddenly an encyclopedia of gay sex, acting the role of teacher. And sure, it feels good to impart some sexual knowledge onto a stranger, but night-after-night with new travelers each time? No thanks. It’s too personal, too sexual. And I’m just here trying to deal with my own issues and curiosities. Don’t get me wrong: I like to talk about myself, but my sexuality isn’t the only thing about me.

Anyone who has ever stayed in a hostel or hung around many backpackers knows that the hook-up culture is alive and well among backpackers. In fact, a recent study revealed that many travelers ignore safe sex practices when on the road and tend to engage in risky behaviors (surprise, surprise). For LGBTQ individuals, if you’re newly out and exploring your sexuality while also out there exploring the world, chances are high that you’ll find yourself in some compromising situations.

Sex while traveling can be a lot of fun, especially when it’s a passionate, fun-filled holiday romance, but unless you want some unwanted souvenirs, it’s best to stay safe when you can. Of course, in the throes of passion and inhibited by drugs or alcohol, unexpected things can and do happen. Thankfully many gay bars and clubs around the world keep condoms and lube readily available for men and local LGBTQ centers often provide rapid HIV tests, free consulting, and STI testing.

If you find yourself at a hospital having to explain your sexuality and sexual habits in a foreign country, you might encounter difficulty as an LGBT person depending upon where you are and who you’re dealing with. But go to an LGBTQ center instead and it can be really easy and comfortable. I’ve gotten HIV and STI tests around the world—from clinics in Columbus, Ohio to downtown Jerusalem.

Backpacking hasn’t always been a heterosexual-only experience. LGBT people have been traveling since…well, probably forever. With modern technology, improved equality rights, and new communication tools, though, gay travel is becoming easier and easier. And there’s no reason to avoid it if you’re traveling solo OR on a backpacker budget.

Are you a solo gay traveler? Share your experiences below! Also make sure to check out my Instagram and Twitter for more gay updates from around the world.